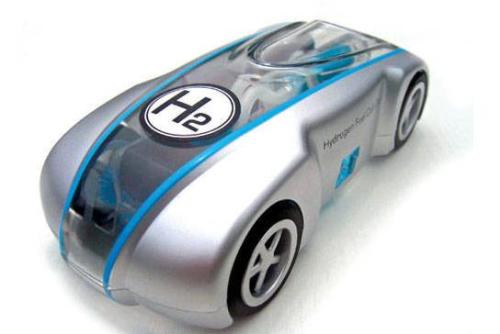 At the 2014 Beijing International Auto Show, Toyota and SAIC Motors unveiled a hydrogen fuel cell concept car, which became a major highlight of the show and rekindled the attention of the outside world to hydrogen energy battery vehicles. Yesterday, Mao Zongqiang, the vice chairman of the International Hydrogen Society and a professor at Tsinghua University, revealed in an interview with the Beijing Times reporter that China is currently developing a number of national standards for hydrogen energy.

According to media reports, a total of more than 100 car companies in the world have altogether 1134 cars participating in this year's Beijing auto show. The world's first car is as many as 118 cars, setting a record for Beijing auto show. Among them, up to 79 new energy starters, accounting for nearly 70%, have become one of the highlights of the current auto show. Toyota also brought "TOYOTA FCVCONCEPT", a new-generation fuel cell concept car that China debuted at this year's auto show. According to the data, the Toyota FCV concept car debuted at the 2013 Tokyo Motor Show and is a pure electric vehicle equipped with a hydrogen fuel cell. The new car uses a traditional sedan model. Power, the car is equipped with two 70MPa high-pressure fuel reactor, the maximum power of 136 horsepower, and in just 3 minutes to complete the refueling, cruising range can reach 500km. In addition to Toyota, SAIC also announced the Roewe 950 plug-in hydrogen fuel cell sedan at this year's auto show.

Hydrogen fuel cell vehicles are not new. Because of its near-zero-emission environmental effects far superior to those of internal combustion engine vehicles, it has received the attention of many countries. Over the years, under the strong support of the government, Europe, the United States and Japan have achieved certain achievements in the research and development of hydrogen fuel vehicles. Giant companies such as Mercedes-Benz, General Motors, and Toyota have all laid out one after another. The industry generally believes that the pace of commercialization of hydrogen-fueled vehicles is approaching. In 2015, it will become the first year of marketization.

Mao Zongqiang, vice chairman of the International Hydrogen Society and professor at Tsinghua University, told the Beijing Times reporter that General Motors, Mercedes-Benz and Toyota are the world's most outstanding manufacturers of hydrogen fuel cell vehicles. The Chinese market is the world's largest auto market. The TOYOTA FCVCONCEPT, China's first fuel cell concept car that Toyota launched at the Beijing Auto Show, can be seen as Toyota's emphasis on the Chinese market.

A number of national standards for hydrogen energy are being developed

Although the foreign support policies for hydrogen fuel cell vehicles are very clear, China has yet to develop a development roadmap for hydrogen fuel cell vehicles at the national level. In this year's two sessions, many representatives put forward proposals and hoped that the country will introduce relevant policies to promote the development of hydrogen energy technologies and industries.

Mao Zongqiang told the Beijing Times reporter that as of now, there are a total of 24 national standards under the centralized management of the National Hydrogen Standardization Technical Committee, of which 8 have been issued and 16 are under development. The reporter learned that the 8 standards that have been released include "Technical Requirements for Pressure Swing Adsorption Purification of Hydrogen Systems", "Hydrogen, Hydrogen Energy and Hydrogen Energy System Terms," â€‹â€‹and "Methods for Performance Evaluation of Small Hydrogen Energy Comprehensive Energy Systems", etc. Mao Zongqiang as hydrogen The deputy director of the Standardization Committee took the lead in drafting the â€œNational Quality Standard for Hydrogen and Natural Gas Blended Gasâ€ and is currently working out.

The reporter noted that in the A-share market, many listed companies have also taken the fuel cell and automobile ride.

According to public information, Tongji Technology holds shares in Shanghai Zhongke Tongli Chemical Materials Co., Ltd. The company's proton membrane division mainly focuses on the research and development of key materials and components for proton exchange fuel cells. Yu Zhuoping, dean of the School of Automotive Engineering at Tongji University, said in an interview earlier this year that a new generation of hydrogen fuel cell vehicles developed by Tongji University and Shanghai Automotive Co., Ltd. will go on a national parade this fall. At present, the technology of hydrogen fuel cells has matured.

The screw pump is a volumetric rotor pump, which is drawn and discharged by the volume change of the sealing chamber formed by the screw and bushing. The screw pump is divided into Single Screw Pump, double, three and five screw pump. The screw pump is characterized by stable flow, small pressure pulsation, self-absorption capacity, low noise, high efficiency, long life and reliable work. And its outstanding advantage is the transmission medium does not form the eddy, the viscosity of the medium is not sensitive, can deliver the high viscosity medium.